I just got back from the Oregon coast where I was shooting a friend’s wedding on Super 8. I shot 10 rolls: some B&W, some 64T reversal and a bunch of Kodak’s new Vision3 500T. Depending on how the 500T turns out, I could see dropping the 64T reversal in favor of using the faster negative stocks for all color shots. I might even drop the B&W and shoot only negative and just desaturate. But I have to run a few tests to see if thats something I really want to do. When shooting the larger formats, 16mm and up (especially with my medium format cameras), there is a huge visual difference between true B&W and desaturated color. Even the chromogenic B&W can’t compare to Tri-X. But with Super 8, I don’t think there’s a huge difference there. Pro8mm has a video on their Vimeo page of their repackaged Vision3 250D stock shot on their Max8-converted 1014XLS. It’s just a bit less sharp than regular 16mm, which is awesome. I love shooting 16mm, but the size and convenience of Super 8 is essential during wedding shoots. The Arri S is small but the 100ft loads are annoying. The Arri SR2 is great with the quick-change mags, but just plain bulky compared to Super 8. I guess I’m gonna have to drop in on that Max8 1014XLS… 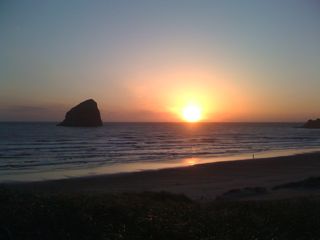 1 of only 3 digital pictures I took

Along with the Super 8, I also shot 9 rolls of 120/220 film using my Yashica and Holga cameras. I got a lot of strange looks from the guests and especially the hired still photogs with these cameras. One of the photogs said “That’s awesome. Just awesome” in reference to my Yashica. Nothing compares to the shallow depth of field of medium format and the feel of film. It was really convenient to change stocks mid-roll with the Super 8 cameras. So I think I might have to start carrying around multiple Yashicas and Holgas to hold all the different stocks I use during a shoot. It’s still cheaper than a single Hasselblad with multiple backs, which is still WAY cheaper than a 39 megapixel digital back.

The film has been sent off for processing. So stay tuned in the next few weeks as I start scanning and telecining all this stuff in.

Sorry. No data so far.